In August 2011, field work began on a project to restore several reaches of Wildcat Run. The work was conducted in Liberty Park, which is located at the intersection of Home Road and North Liberty Road in Delaware County Ohio. This page is devoted to information about the project, and updates on the progress being made.

In January 1988, the Liberty Township Trustees purchased 97 gently rolling acres from Jack and Irma Extencamper with estate tax monies.  The results of a community survey in 1987 showed a strong desire for available recreational facilities in the township, and this property, located in the geographical center of the township,is the ideal location for such a facility.  The landscape design firm of Scruggs and Hammond was chosen to design the park, and a series of community forums were held to determine the wishes of the residents.  In May  1989, a three member Park Board was appointed by the Trustees to advise, formulate policy for the park, and develop a park budget.  The grand opening of Liberty Park was held on July 7, 1991.  Since then, Liberty Park expanded to include the wooded lot and ravines south of the original site as well as a forty-acre parcel to the south, fronting on North Liberty Road where the Liberty Township/Powell YMCA is now located. 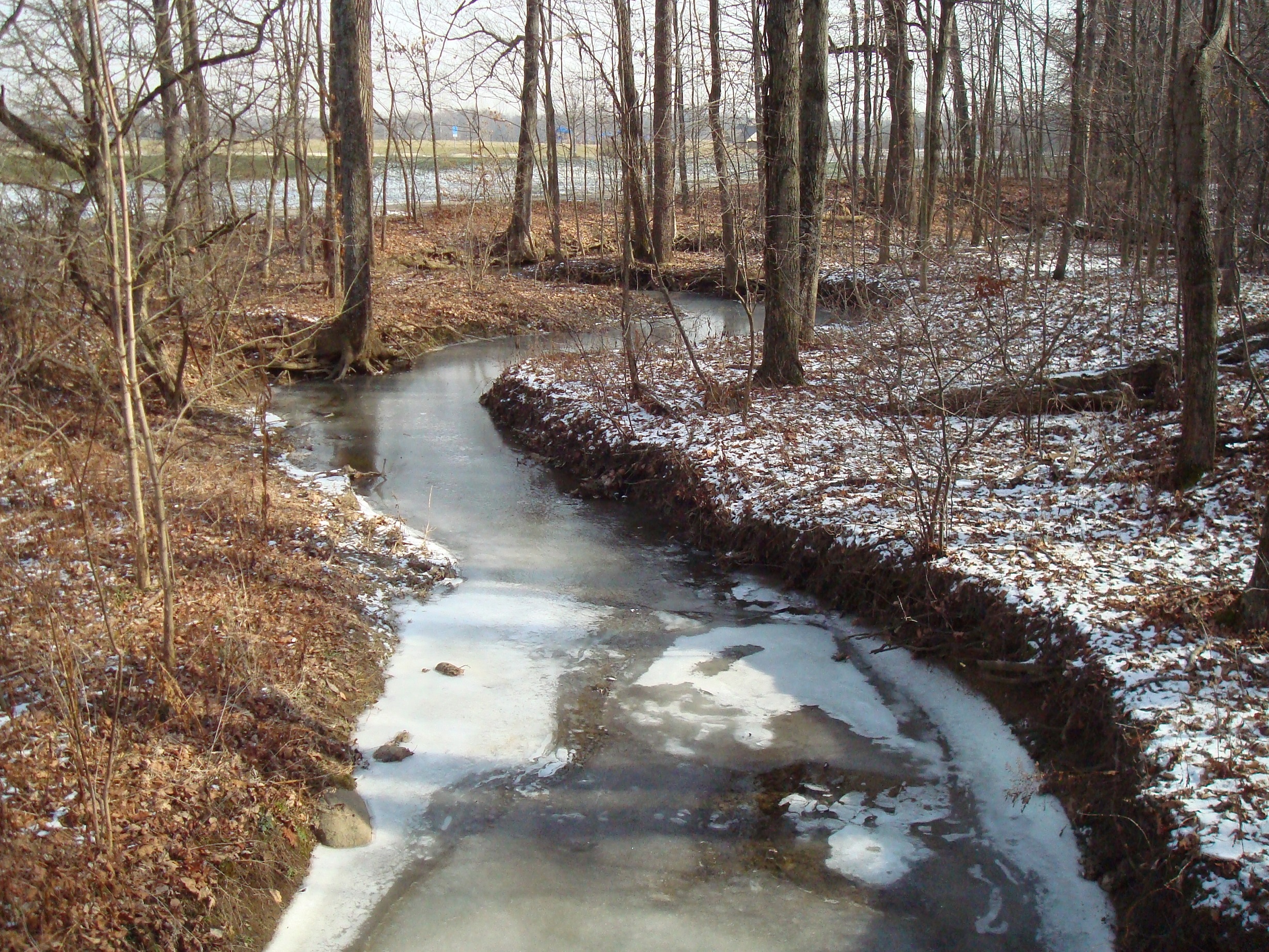 A wooded stretch of Wildcat Run runs through Liberty Park.

Why a Stream Restoration was Needed at Wildcat Run

Wild Cat Run is typical of the tributaries in this area. This tributary drains 1.9 square miles, including the Kinsale Golf and Country Club, three schools, and a YMCA which contain a combined 600,000 sq. ft. of impervious parking areas surrounding the feeder streams. As Wild Cat Run flows on through Liberty Park, it shows signs of degradation resulting from all of this upstream development. The stream has exhibited increased flow, flooding, and an incised channel that is disconnected from the flood plain. In addition, parts of the floodplain zone within the park have been denuded and lack a riparian buffer. All of these factors combine to contribute to the potential for flash flooding, nutrient and sediment loading, and poor quality habitat for wildlife that use the stream.

Because Wild Cat Run passes through Liberty Park, it presents a unique opportunity to restore the stream, and create a demonstration site for innovative storm water practices that could serve as a model for other townships and developers throughout Delaware County, which is the fastest growing county in Ohio. Furthermore, because the site is located at one of the busiest intersections in Delaware County, with thousands of weekly park visitors, the potential for public outreach is enormous.

It is expected that the proposed project will reduce the potential for flash flooding and increase the assimilative capacity of the stream to help protect the downstream exceptional warm water habitat of the Olentangy River. The Ohio State University has agreed to loan equipment to monitor pre- and post-construction flow to determine the extent to which the project achieved this goal.
The project is also expected to improve habitat scores in the restored area. A Headwater Habitat Evaluation measures some physical characteristics of a stream including the stream-channel substrate, maximum pool depth, and average bankful width. These factors help to measure the health of a stream. An evaluation was conducted in 2010, and Wildcat Run area scored an Headwater Habitat Evaluation Index (HHEI) of 41. It is anticipated that, through natural channel design, that score could be improved to 65. A HHEI score greater than about 60 suggests that the physical characteristics of the stream are conducive to a healthy headwater habitat.
The project is also anticipated to result in load reductions for the following categories:
Sediment – reduction of 61.3 tons/yr
Phosphorus – reduction of 70.4 lbs/yr
Nitrogen – reduction of 140.9 lbs/yr
Measurements of sediment and nutrient levels will be collected before and after the stream restoration to determine if the load reductions are realized. 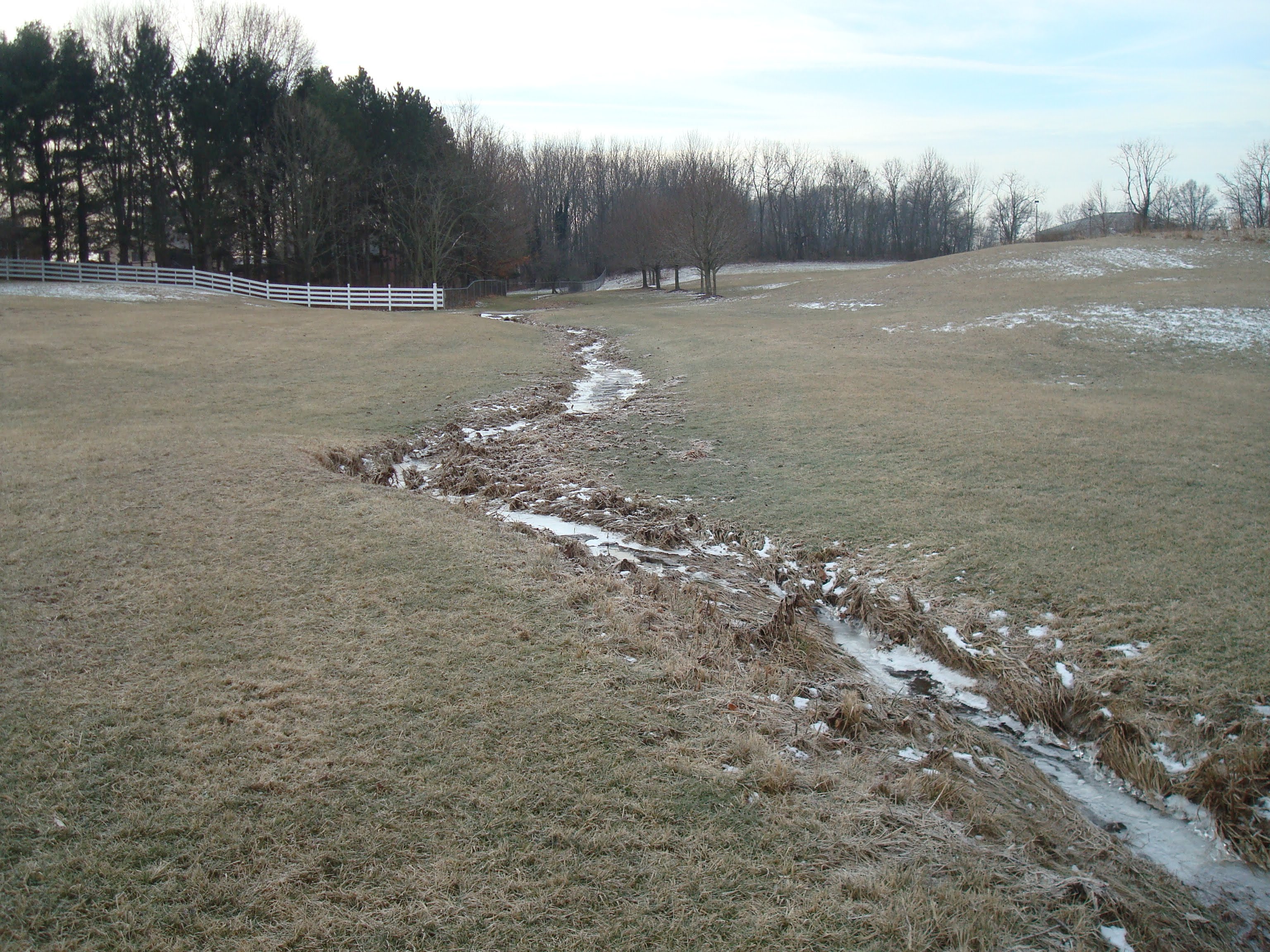 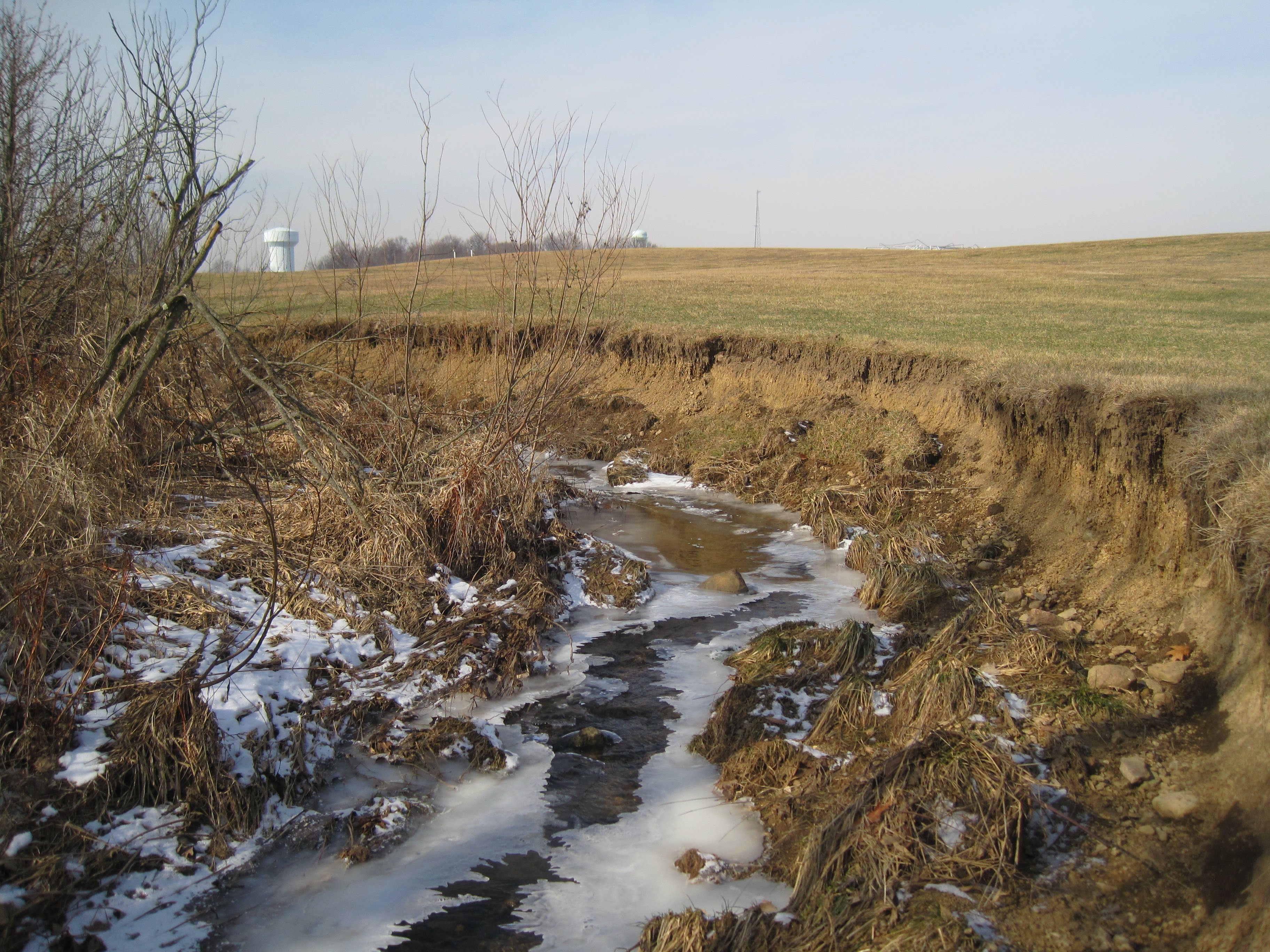 Construction for the stream restoration kicked off in August 2011. In the autumn of 2011, vegetation will be planted so it can become established over the course of several months. In the autumn of 2012, the new drainage channels came “online” by diverting water from the original waterways. Final planting was completed in December 2012.
Project Costs
Approximate unit costs for the three stream segments that were restored were as follows:
Enhancing 440 linear feet of ditch from the Central Park Pond to form a linear swale ~$20/foot
Restoring 220 linear feet of the Southern Tributary to Wildcat Run using Self-Forming Channel Design ~$50/foot
Restoring 640 linear feet of the Main Channel of Wildcat Run using Natural Channel Design ~$100/foot