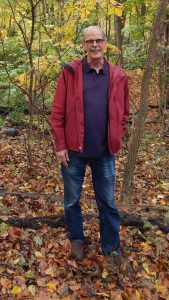 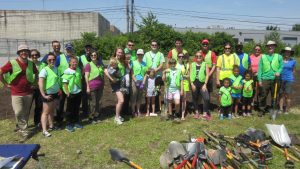 FLOW has now had twenty years of organizing, planning, planting, measuring and otherwise looking after the quality and safety of the Olentangy River.

You can see the results all around. Some of the important accomplishments:

It started in 1997 when Amanda Davey, just finishing at The Ohio State University, saw an article about watershed coordinators. She contacted the Ohio EPA and thus began the steps that formed Friends of the Lower Olentangy.

Using Amanda’s OSU contacts and Vince Mazika’s EPA contacts, the original email got an enormous response. They formalized the group as a 501c3 non-profit, set up a board of directors, put together a mission, and began monthly meetings with educational and business topics.

The early founders envisioned an organization that would be a clearinghouse for the river, and sustainable over the years. The decision was made to work together with partners rather than serve in an adversarial role.

“I am so impressed with what FLOW has done and how it has maintained itself, Amanda says. “The city uses the river as an asset now. The water quality is maintaining, which is good with all the development pressure up north.”

A grant allowed the group to hire Erin Miller as its first watershed coordinator. She served from 2000-2004, when the organizational foundations were established, membership was built, and the watershed plan was completed.

“Working for FLOW was one of the highlights of my career,” Erin says. “The board members are extremely involved, and always have been. They did GIS mapping, took photos that brought the river to life, helped with financial expertise.”

“It has always been a very reputable group, one that is science based and community focused. FLOW’s vision is for the community to be connected to an appreciative of the Olentangy River,” Erin explains. 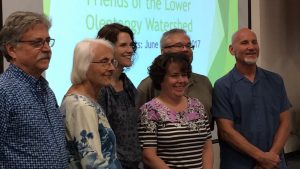 Grow with the FLOW 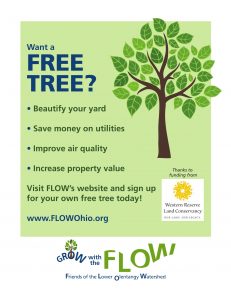 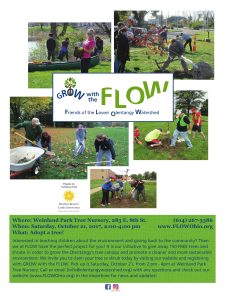 FLOW maintains an Urban Tree Nursery growing a variety of species for a free giveaway and planting within the Olentangy Watershed. Our next giveaway will be hosted March 30th, 2019.

Species below are growing at the Urban Nursery and are linked to ODNR’s forestry website for more information: 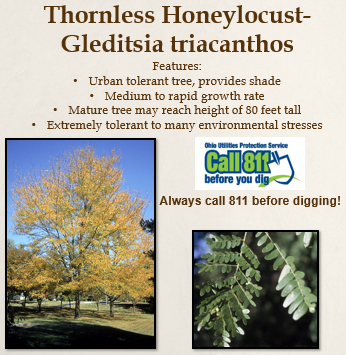 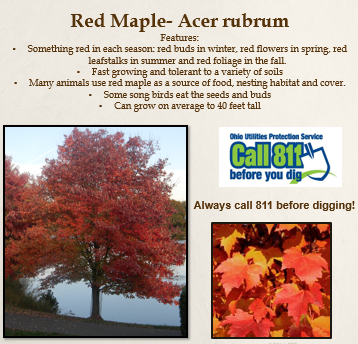 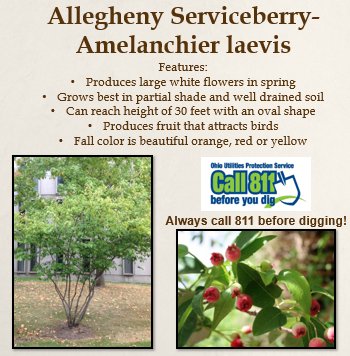 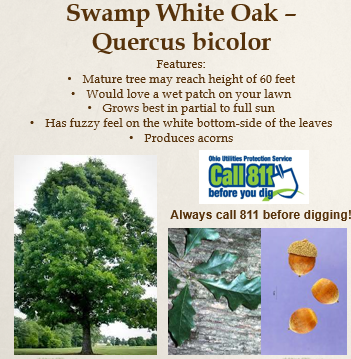 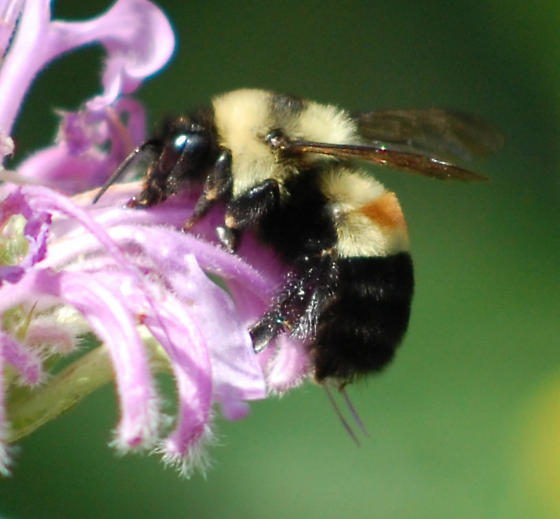 We’ve heard it in the news, on social media, and through word of mouth that pollinator species have taken a hit. The Rusty Patched Bumblebee is on the endangered species list and many other bee populations are also in decline. Milkweed is wanted for monarchs and we can all do a little something to help out our pollinating friends. However, efforts on private property to incorporate pollinating species set off a few red alarms for county code inspectors. They are just doing their job when they chop down your beautifully planted pollinator patch and leave you bee-less and with a bill. This is because some species are seen as a fire hazard or are noted as “noxious weeds.” The city is changing their outlook on this code and is now acknowledging the use of pollinators as a horticultural improvement to your property. They do however, want to see that your garden is carefully planned. A site plan will help convince officers that the patch they see as “weeds” is actually an intentionally planted, cultivated, and cared for pollinator garden.

What Is It: A site plan is a document that details improvement specifications through drawing. It is a graphic representation of the buildings, parking, drives, landscaping, etc. of a development project. In terms of pollinator gardens, it should be detailed with specifications such as species and size. The links below will give you the tools to build your own personal site plan and cater it to your specific garden and its needs. If you receive a complaint that your garden is taller than 12 inches, you should call the Code Enforcement Division at 614-645-2202 and explain that your garden is intentionally cultivated and that you have a site plan.