The Threat of Coal-Tar Driveway and Parking Lot Sealants 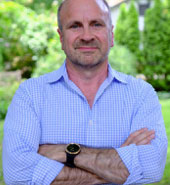 Rachel Carson in her seminal book “Silent Spring” raised public consciousness to the threat of commonly used chemicals such as DDT.  Since the 1962 publication of Carson’s book, society has become aware of many other products that threaten human health and the environment, including cigarettes, refrigerants, neonicotinoids, and asbestos. In the last twenty years, one chemical product that is alarming environmentalists is toxic coal-tar driveway and parking lot sealants, widely used in residential neighborhoods and strip mall parking lots in the Midwest.

Coal- tar sealant is a black, acrid-smelling goo that is spread on homeowner driveways and parking lots on warm days.  If you have ever walked near a newly sealed driveway and noticed the strong odor of mothballs, you probably were inhaling PAHs from the coal-tar fumes.  As coal-tar sealant is being poured and for years afterward, the carcinogenic PAHs present in the coal-tar gradually spread into the environment in the form of dust. Tires, snow shovels, leaf blowers, brooms, shoes, and bare feet can spread the poisonous dust into the environment as well as bring it inside homes. 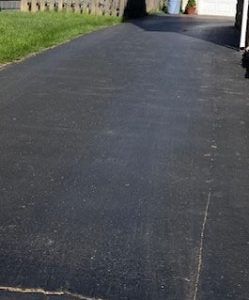 The National Cancer Institute has classified coal-tar sealant as a Class 1 carcinogen, and the United States Geological Survey (USGS) has determined that the PAH’s from coal-tar sealed driveway and parking lot runoff cause birth defects and death in fish, amphibians, and invertebrates.   Coal-tar sealants are so toxic that most nationwide home improvement retailers like Lowe’s, Ace, Home Depot, and TruValue no long sell them.  Thanks to education and advocacy by watershed organizations, many states have implemented bans or restrictions on the selling and application of coal-tar, including Minnesota, Washington, New York, Maryland, California, and Maine. Milwaukee, Washington, D.C., Ann Arbor, Austin, San Antonio, multiple suburbs of Chicago, and over hundred other cities and towns have banned coal-tar sealants.

Since coal-tar sealants are not usually available in retail stores, residents run the risk of being exposed to coal-tar when they hire contractors to seal their driveways. Residents can protect themselves and the environment by informing the contractor that they do not want coal-tar products, and ask for a copy of the Material Safety Data Sheet (MS-DS) of the product they intend to use. If the Chemical Abstract Number (CAS) for the product is 65996-93-2, then that contractor intends to use a coal-tar sealant.

You can learn more about the dangers of coal-tar sealants by visiting the USGS website.  There are also multiple helpful videos on YouTube.